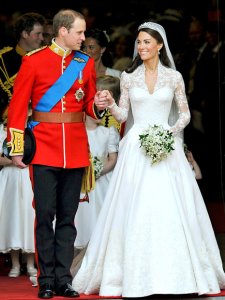 The world watched today as Prince William married Catherine Middleton. To me it seemed like a modern fairy tale wedding of a girl marrying her prince. Kate looked breathtaking in her Sarah Burton designed wedding gown, looking like a beautiful princess. Prince William looked joyful as he turned to see his bride for the first time (side note, my favorite part of any wedding). We also saw the couple on the balcony kiss and Prince William blush. I love real moments in weddings.

What we want to know is what you thought of the wedding? What was your favorite part? What did you think of Kate’s dress? 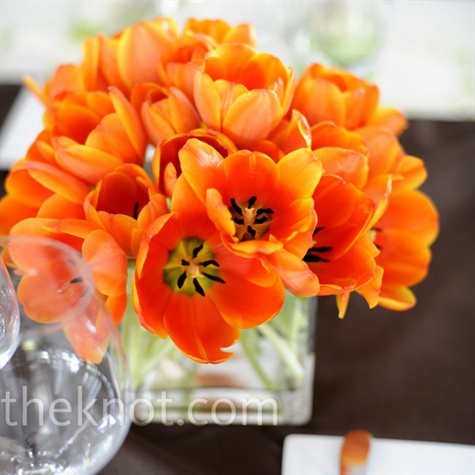 Its Fun Color Friday, and I decided to do a fun color – orange. Using orange in your wedding colors will brighten your whole day. No matter your style, you can add some orange to your wedding day. 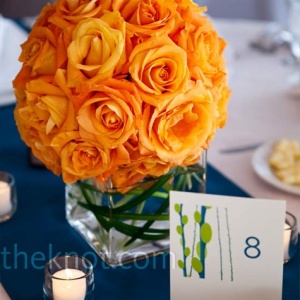 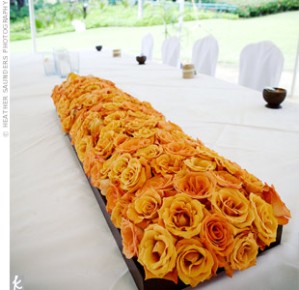 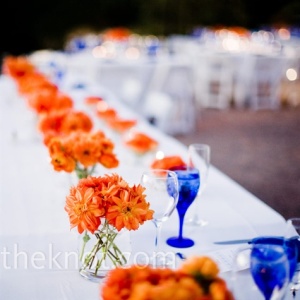 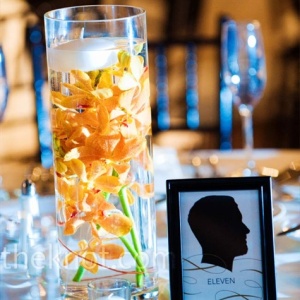 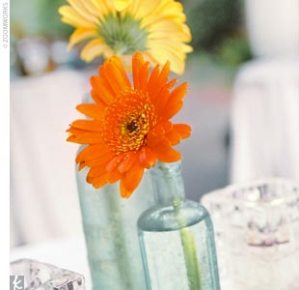 What do you think? Are you adding orange your wedding day? What is your favorite orange centerpiece? 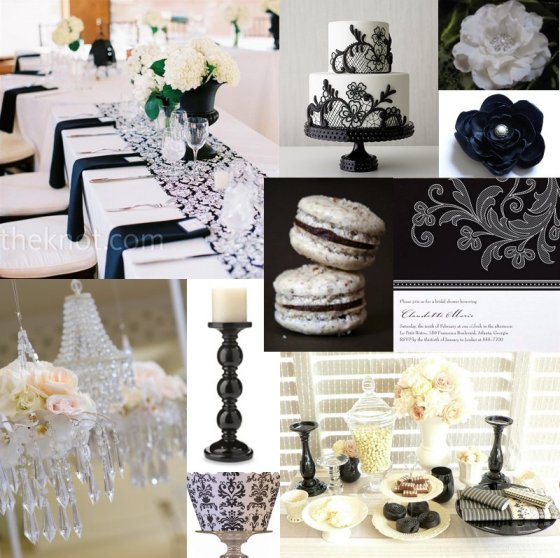 Tables: White table cloths with a black and white runner down the center. Black napkins will pop off the white base. Several flower arrangements in different sized black bases would run down the table. It would also have black candle holders mixed in for height and setting the mood. Finally, a chandelier would hand over the table to add the sparkle.

Food: Instead of a luncheon, I see this as a sweet bridal shower. A sweets table would be setup with a small cake, petit fours, macaroons and other sweet treats. Again, everything would be in black and white to keep the drama. I would again add a flower arrangement of white flowers and black base.

Invitations: I want a striking black and white invitation with a flourish. I want guests to get the drama before they walk in the door.

Fashion: To add the final touch, the bride would be given a white flower to place in her hair. I would also give the bridesmaids black flowers to wear. This way guests could know who was a bridesmaid, but they would be different then the guest of honor, the bride!

This is a dramatic and glamorous design. Have fun with this idea and make it your own. For instance, this can easily be adapted to fit a Chanel inspired shower for the fashionistas out there.

What do you think, would you like this shower? What would you add to make it your own?

I LOVE this shoe! I think this is a must have for all brides. You spend hours finding the perfect shoes to wear with your wedding gown only to kick them off for boring slippers or flip-flops. Why not make your slippers as stylish as your wedding heels. FootzRolls are glammed up roll up slippers in many different styles. It is your wedding day and you deserve to have all your shoes look fabulous! Celebrities wear them, so why not you? There are many different styles so pick the one that fits you best. 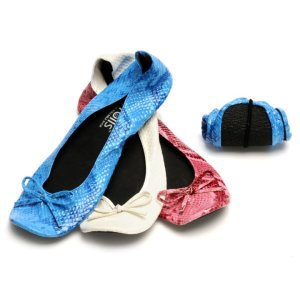 What is your favorite FootzRoll? Do you want these for your wedding? 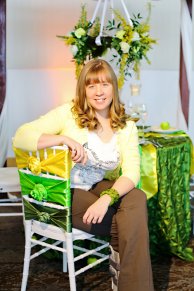